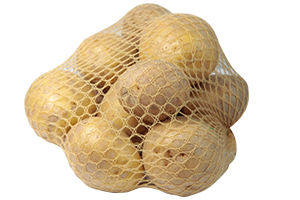 In clothing, in toys, in packaging … plastics are everywhere. Because they are so versatile, so cheap and – precisely where the problem lies – unbelievably durable. Anyone who looks into the topic will come across shocking images: giant plastic islands that make their way into oceans; microplastic-eating fish, strangled seals and seabirds meeting a painful end. But this doesn't show what is beneath the surface.

There is evidence of ocean turtles of the fourth generation alive today entangled with six-pack rings that are still being produced.

There are more than 30,000 tons of plastic nets in circulation in the EU each year. End-to-end, the planet could be wrapped in them 7 times.

Plastics remain in the sea for up to 450 years. That was about the year in which William Shakespeare was born.

The oceans are already contaminated with 100 million tons of plastic. However, on average, subsurface water and inland bodies of water are 13 times more contaminated than the sea.

Plastics are made up to 99 percent of fossil fuels. CO² is emitted during the extraction and also combustion of oil, gas and coal – with devastating effects on the environment.

About 15% of all plastic waste is recycled in the country (Germany). As an export nation, Germany is in the same league as Asia as the 3rd biggest supplier of plastic waste. 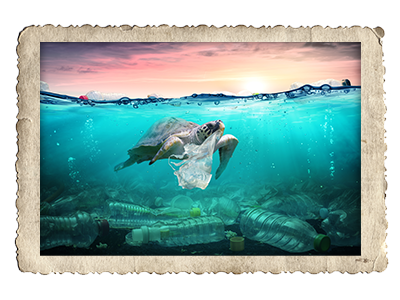 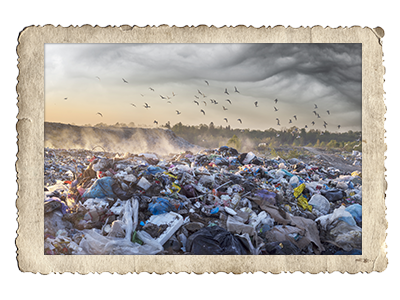 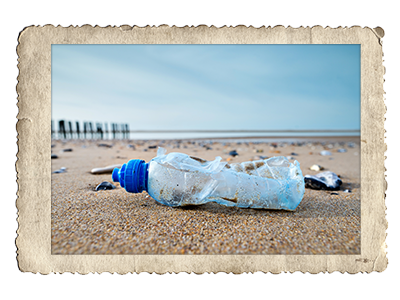 Is the plague spreading? 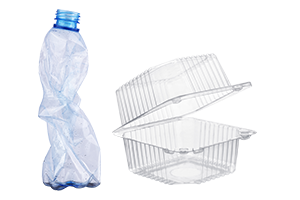 In the last 70 years, 8.3 billion tons of plastic were produced around the world. And even to this day none of this garbage has been mined, even worse, more and more is coming with the majority of it being packaging. The chance to become a plastic-free planet has already fallen through the net. All that we can do is make sure that our children do not drink from an ocean full of plastic. 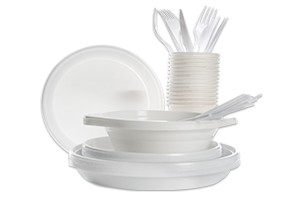 When we litter the woods with packaging while on a walk, for example, the plastic breaks down into microparticles that seep into our drinking water. 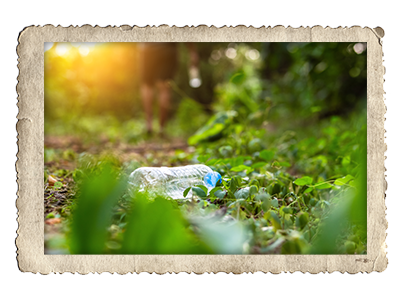 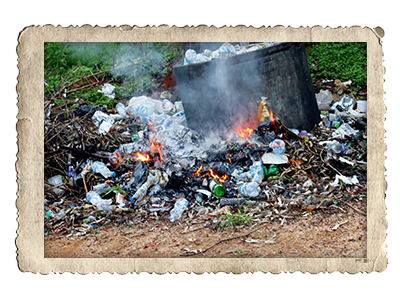 … is burnt and burdens the environment.

Packaging is burnt when we dispose of it as residual waste or recycling is not possible. Hazardous substances are given off in the process, such as chlorine, carbon monoxide, CO² and also benzene.

… is exported and burdens the environment.

When we dispose of packaging in recycling bags/green bins, it is first taken to a collection station. From there it is shipped to Asia (mostly Malaysia) and dumped – often illegally. 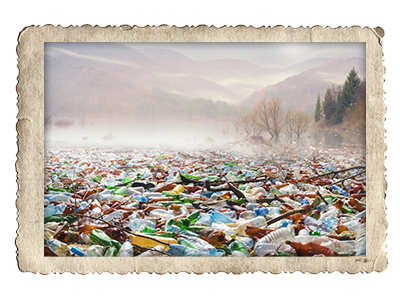 Polypropylene, polyethylene etc. find their way not only into the sea but also our bodies. In 2018, researchers from Austria found evidence for the first time of microplastic in human stool samples during a pilot study. Some of the substances that it contains damage the immune system, liver and kidneys; some of them are even carcinogenic.

"A future without plastics – will never work", say some.

"Swapping shower gel for soap – won't have much of an impact", claim others.

"Why should I change anything – my neighbour generates way more plastic waste".

What we say:
We'd prefer it for some people to make even the slightest effort than all of humanity to do absolutely nothing. We therefore adopt a philosophy of small steps. A smile only brightens up life for a short moment and in this vein we can never "save" the planet with our products. But mesh-by-mesh we can contribute towards replacing 30,000 tons of plastic nets with CompoPac®. To achieve this, we need your support.